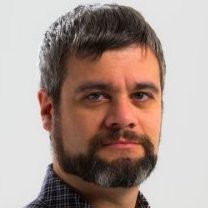 Gareth is a senior writer on the ENDS Report, specialising in air pollution, chemicals and products. After qualifying as an environmental consultant, he joined ENDS in 2005 to help develop ENDS Compliance Manager. In 2008 he moved to write for the ENDS Report, covering industrial regulation, unconventional hydrocarbons and politics. A move to ENDS Europe followed in 2012 and from 2013 Gareth led the development of ENDS Waste & Bioenergy. He re-joined the ENDS Report in August 2015.